Juventus lost to Atlanta (3-0) in the Coppa Italia in the match that took place on Wednesday, this was a first for Juventus against an Italian side in this season. The front page of ll Corriere Dello Sport said, “They know how to lose” which concluded the team’s performance pretty well. 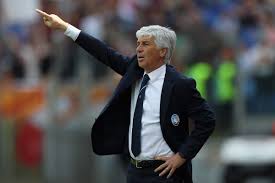 Apart from that, Juventus has played in every round of the Coppa Italia since Antonio Conte took charge of the competition, making the elimination worse for them. Being the winner for four consecutive years, their legacy got jinxed this time. They lost and that too with a very broad margin, as Atlanta was in the lead from the very beginning. This is the only teams, to which Juventus has lost before Wednesday are Real Madrid and Barcelona. And so the match came as a shock for everyone.
Gian Piero Gasperini, the manager to Atalanta is the only reason that made it possible for the team to believe that defeating Juventus was possible, something that hadn’t happened since 2004, his efforts in Bergamo, that has the hardest away day in Italy, are worth a salute. He changed the fate of Juventus, despite his unconvincing form recently, by the effort he is putting in the team for the past 2½ years.

Allegri spoke in the defense of his team stating the fact that it isn’t fair to expect from his team to win every game. A drop of only four points in the whole season of Serie A and a result next to perfect as compared to any team in Europe’s top five leagues is more than enough to make history. Pep Guardiola, publicly mentioned the team as the best team of the past decade putting it in the same category as that of Bayern Munich and Barcelona. He also said that he expects Manchester City to follow their footsteps towards a persistent consistency.