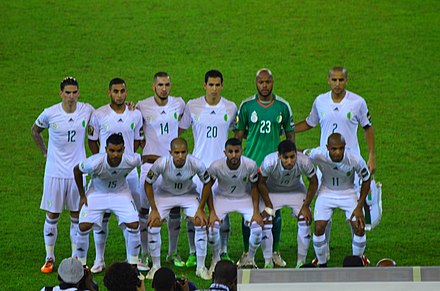 It was rumored that the former coach of As.Roma Rudi Garcia would be taking up the managerial position but he has recently stated that it’s not in his plans to become the new coach of Algeria and this forces the national side on having to continue their search.

This resignation of Rajevac was done in a very inconvenient time for Algeria as the national side will be facing off with Nigeria in less than a month as they have a match scheduled to take place on November 12. This match is important as it’s a 2018 World Cup qualification for the African national sides and not even having a manager is a huge disadvantage and this is why Algeria has to act quickly and they are attempting to do so.

Since Rudi Garcia turned down the chance to take charge of Algeria, there have been a few other names that have been popping out as potential candidates who can take charge of the club including: Marc Wilmots, Rolland Courbis, Paul Le Guen and Alain Perrin.

Algeria is currently located in the 3rd spot of Group B with 1 point being secured from 1 match and they will need to continue adding more points in order to keep hopes of qualifying for the upcoming 2018 World Cup.